The front end of this pen is quite similar to the first sort of Soyuz I was able to examine; a hooded pen with an oddly flexible point.  The main point of difference lies in the filler, as this variant on the Soyuz theme has a relatively standard screw-operated piston-filler concealed under its barrel.  This is a rig which is frequently called a “captive converter”, in as much as the piston doesn’t actually contact the barrel.  The only functional drawback to this set-up is a rather reduced volume of ink available, although this pen doesn’t suffer too much from that since this is not a true captive converter (in which a converter is in fact glued into what would otherwise be a cartridge pen).

Production Run:  Due to the filler, I’m inclined to say newer than the accordion-filler, but I have no basis for that.

Cost When New:  No idea.

Point:  Steel?  “Not gold” is all I can really say with certainty.

This desk-mount pen is rather festively decorated, even without its amazing base - that band is 31mm across! 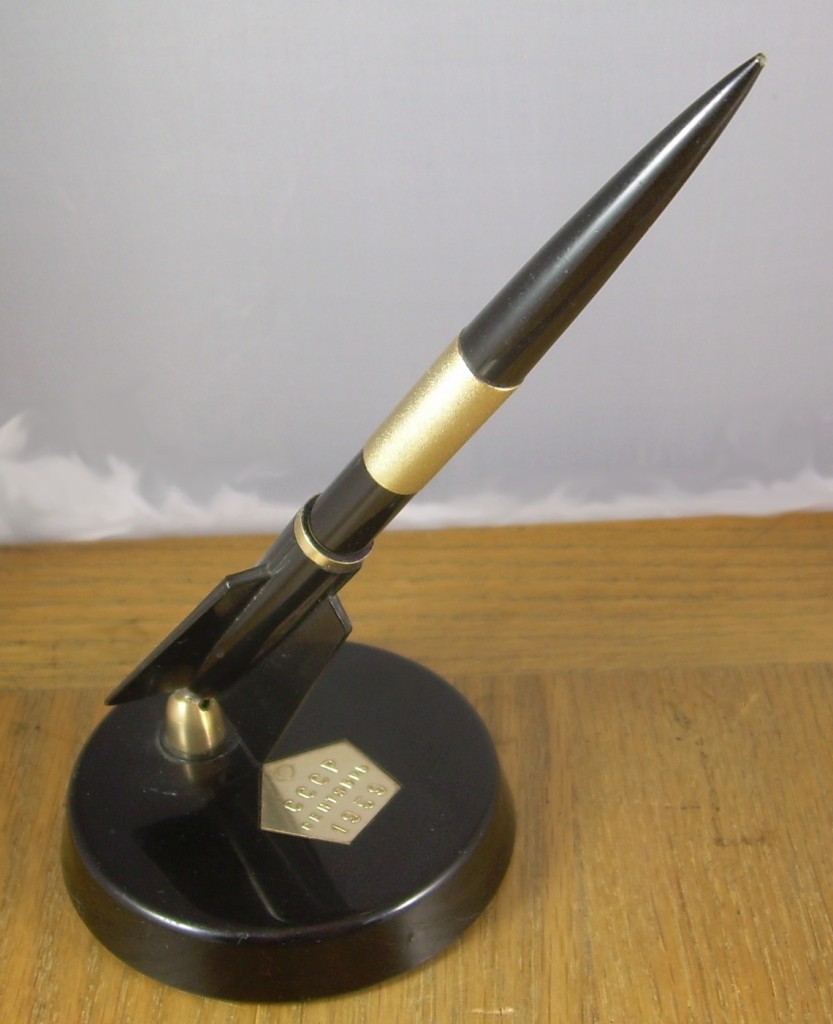 A pen shaped like a ROCKET! The plaque on the base is commemorative of the landing of Luna 2, which mean that this pen must have come from after September of 1959. 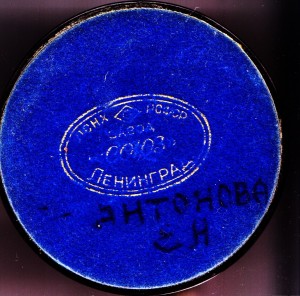 The impression on the felt confirms it's a Soyuz product, but what the rest of it means (other than it was on Ms. Antonova's desk) I have no clue. There is a "Contact Me" link, if you're willing to inform me....

Permanent link to this article: http://dirck.delint.ca/beta/?page_id=3116